Why a manual migration approach is not an option 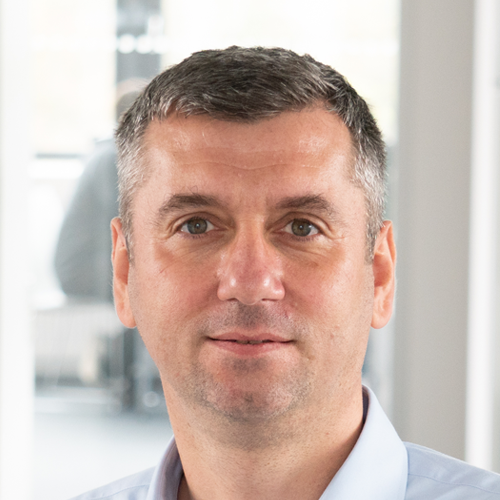 CTRL+C / CTRL+V – what an old but nice invention

What a beautiful key combination! CTRL+C, CTRL+V and your files are quickly copied from folder A to folder B. These shortcuts work in almost every application we use daily. You can copy files, text, images, emails, almost everything from A to B in a second. It’s hard to imagine our daily work without these key combinations.

The first impression we get when talking about content migration is that we basically need to copy the content from an old, outdated ECM system to a new one (probably a cloud solution) that offers new features and capabilities, which we need in order to meet business and compliance requirements. If that’s the case, why not use the “CTRL+C and CTRL+V approach” for moving content? Well, when I’m saying “CTRL+C and CTRL+V approach” I’m also referring to other similar approaches that allow you to manually import the content to an ECM platform.

Of course it works! We’ve been using it since the beginning, and it worked well all the time.

Planning to upgrade, consolidate or replace your ECM is not an easy task, but you must do it because of different reasons (reasons are not part of our topic today but maybe in a future post). After you create the concept and conduct the planning, you setup, configure and customize the new platform and finally you reach the point when you need to fill it with your data. Since most of the new platforms offer functionalities for bulk importing documents from a file share, one of the options you have is to manually export the content from one or multiple sources to a file share and after that import it to the new platform. Since you don’t have only a few documents, you start thinking how to split the work into smaller chunks so you can migrate the content gradually. You can do it folder by folder or library by library. So, it depends on the amount of data. You may finish the work after a few days but most probably after some weeks. But how will the end users deal with the content during this time, since some of the content is in the new system, while some is still in the old one?

Another important aspect when talking about content migration is the metadata of the objects. How can you manually migrate metadata? Well, if we are talking, for example, about migrating documents from Microsoft Sharepoint on-premises to Sharepoint Online, you can archive an entire document library and import it as it is in the destination so that the metadata will be preserved. But how can you set the metadata when migrating from a different legacy system? One option would be to create some scripts that will set the metadata after the content was copied to the target system. But this will introduce another layer of complexity, increasing the risk and reducing the predictability of the migration.

In most of the cases manual migration is not an option because:

How migration-center overcomes the disadvantages of manual migration

There are many things to cover, but the most relevant capabilities to this context are pictured in the following:

Predefined migration approach including a powerful transformation engine for the metadata

migration-center comes with a predefined migration approach that allows the analyst to follow the same six migration phases in each project. This approach is based on best practice principles developed in over hundreds of migration projects and helps users to reduce the learning curve. All the configurations and tasks monitoring can be done through the provided UI. The configurations can be reused in multiple migration projects.  The transformation engine allows object attributes (metadata) to be transformed by using a predefined but extendable set of functions. No scripting is required for transforming the metadata.

migration-center can carry out successive delta migration of your source systems. This permits migration activities in the initial project phase on live data without effecting your daily business operations. 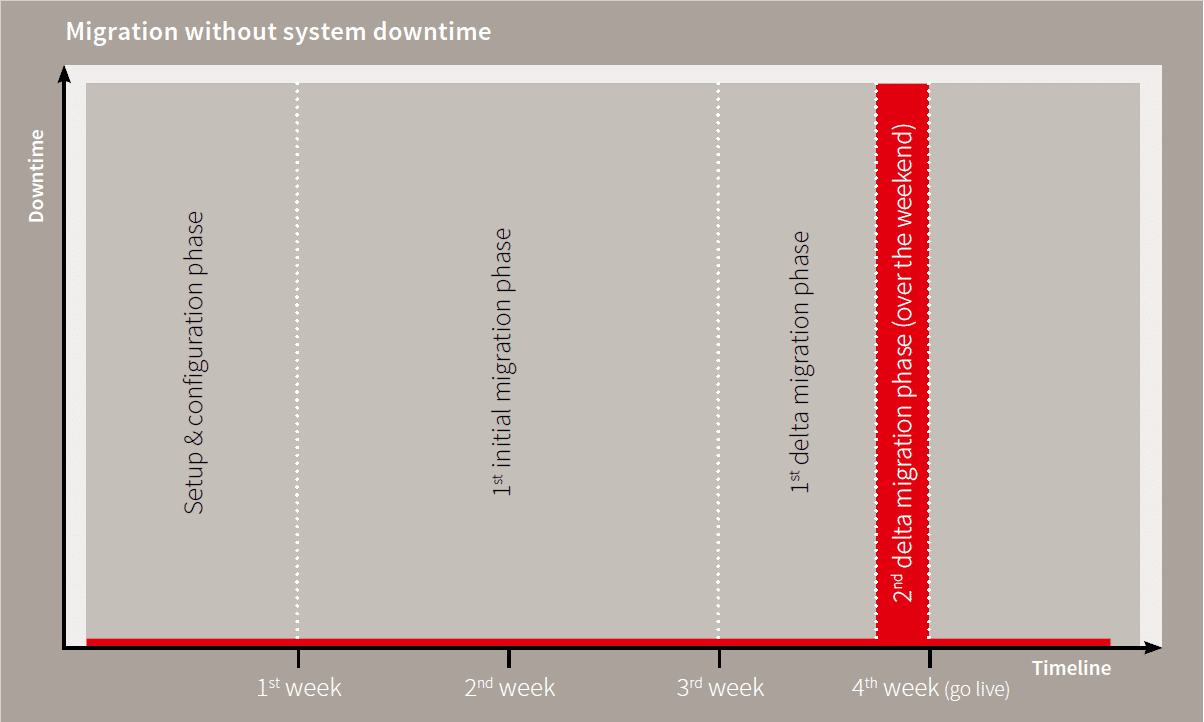 migration-center deployment is flexible, so it can be adapted to the needs of various migration projects. Deploying multiple clients facilitates the work in a team since deploying multiple jobservers helps the performance of extracting and loading the data.

Manual migration might be a valid approach in some limited cases, especially when the volume of data is very small and metadata transformation or enrichment is not required. In most of the cases, using a specialized tool instead of manual migration will save time and money and reduce the risks of mistakes and errors. An automated content migration tool is a must-have when dealing with high volumes of data and when metadata transformation is required.